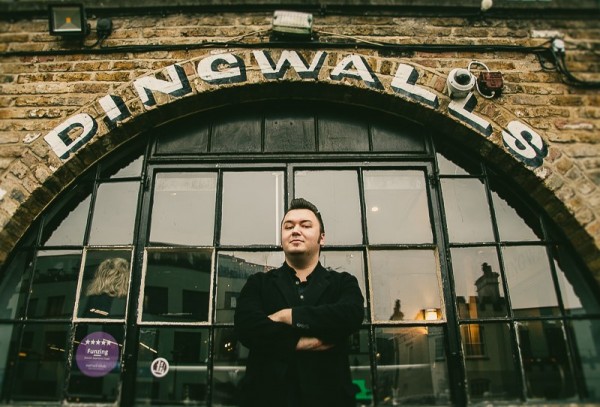 'Ruzz Guitar's Blues Revue' are one of the UK’s premier, Big Band Blues bands, hailing from Bristol UK and lead by Gretsch endorsed guitarist Ruzz Guitar. After taking inspiration from many great guitarists such as Wilko Johnson, Brian Setzer, Jim Heath and Jimmie Vaughan, Ruzz has developed what he has learnt into his own style which is quickly becoming recognized around the globe.

After a few years of playing with multiple Blues and Rockabilly band's from Bristol and Bath and playing all over the UK and Europe, Ruzz decided to put together his influences of Blues, Rock’n’Roll and Big Band Swing into this band to showcase his unique, multi-genre guitar playing and song writing.

Since the band started in 2014 they have been going from strength to strength.

- They have opened for, and shared the stage with, many well-known artists such as Dr Feelgood, Innes Sibun (Robert Plant), Jon Amor (The Hoax), Pete Gage (Dr Feelgood), Kirk Fletcher (The Fabulous Thunderbirds/Joe Bonamassa/Solo), The BlockHeads (Ian Dury & The Blockheads), Bill Kirchen, Darrel Higham (Imelda May/Jeff Beck/Solo), Kid Ramos (James Harman/The Fabulous Thunderbirds) and Junior Watson.
- They have self-released three albums and released one with Rhythm Bomb Records, all of which have amassed multiple plays on multiple independent and internet radio stations around the globe including “Hank’s Americana Radio” and 90.1 FM KPFT “Howlin’ The Blues” broadcasting out of Houston Texas, BBC Radio Wales during Adam Walton’s “BBC Introducing” Show, BBC Radio Wiltshire during Sue Davies’ show broadcasting from the UK and Banks Radio Australia to name a few.
- The 2018 album release (“The Heist” – November 2018) features special guests Pete Gage (The Jet Harris Band/Dr Feelgood/Solo) & Tommy Harkenrider (from USA) and received rave reviews, reaching number 25 in the IBBA 2018 Top 50 album chart. 2020 saw the release of their “Live at the Louisiana” (February 2020) and “The Instrumental Sounds Of…” (December 2020) albums.
- They have played all over the UK and had very successful tours of Europe and the USA (which have led to plans for future tours).
- Ruzz has also been honoured by being officially endorsed by Gretsch Guitars (September 2016). In March 2017, he was made the “Featured Guitarist” on the official website for Gretsch Guitars (www.gretsch.com)
- September 2017 saw Ruzz used as the front cover image for UK Rock’n’Roll Magazine with a three page feature on the band.