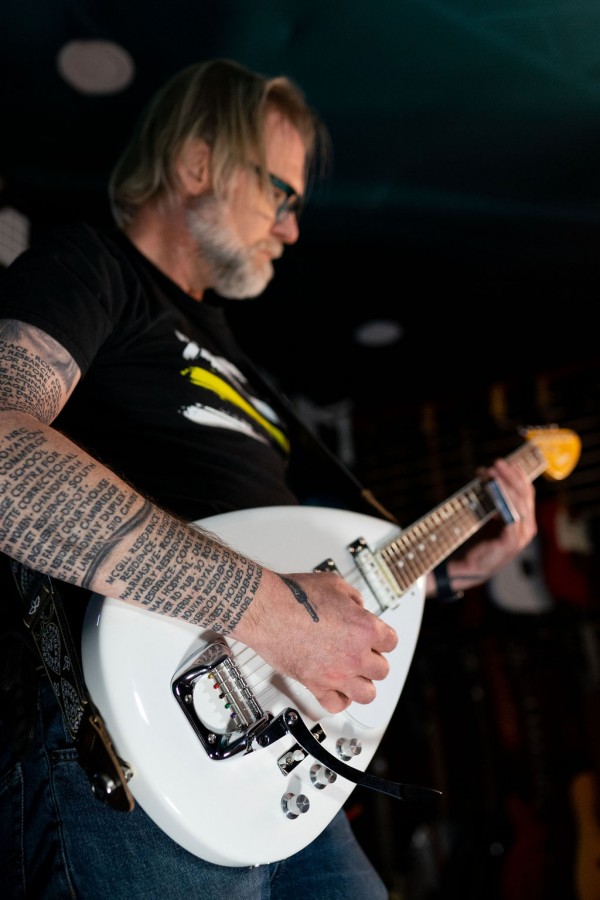 For 30 years, the two sides of Robert Billard have fought each other tooth and nail. The Architect vs the Recording and Performing Artist. From the street corners of Halifax playing original maritime folk music to Blues/Rock on the main stage of a CBC Gala performance broadcast across Canada, Robert played his heart out. Just as passionately, he has designed buildings in 7 provinces and territories from Ellesmere Island, Nunavut, to Victoria, British Columbia, to Canso, Nova Scotia. He’s shared stages with everyone from The Barenaked Ladies, Great Big Sea, Garnet Rogers, Archie Fisher and James Keelaghan. As The Oakfield Times, he played the Maritimes with original folk music releasing two albums, Passages (1993) and This Land, This Sea (1994).

In 1999, Robert moved to Iqaluit, Nunavut, and in 2002 his band performed at the nationally broadcast Arctic Winter Games CBC Gala and released as a full-length album Terra Incognita Live! In 2013, as The Concord Creek Band, Gravel Runway, was released.