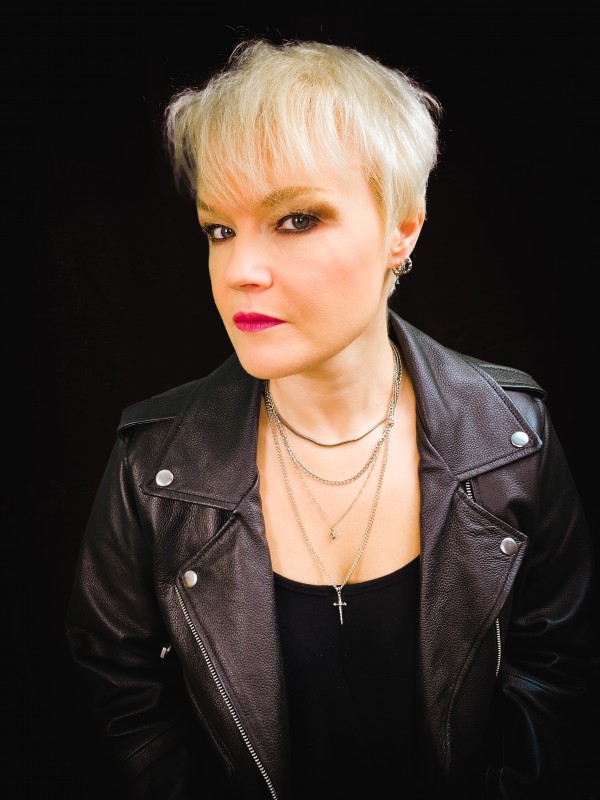 Birmingham-based Rebecca is a fully independent artist creating original blues/rock music with her co-songwriter Steve Birkett and releasing it on her own label Mad Hat Records.  She usually plays live within a 5-piece band, performing tracks mainly from her superb second album Believe and the stunning third album More Sinner Than Saint, punctuated by one or two classic covers.  Rebecca was voted Female Vocalist and Emerging Artist of the Year at the British Blues Awards 2016 and Female Blues Vocalist of the Year in the FORM UK Blues Awards 2018.  In July 2020 Rebecca was appointed Brand Ambassador for the Forge Ahead Initiative supporting the development of young bands.

Rebecca was born and grew up in Wolverhampton.  She started performing live music when aged 13 and as a teenager wrote and performed her own material.  The current music began when she linked up with co-songwriter Steve to write blues-infused material – a partnership that ‘clicked’ right away to deliver their excellent first album, Back To The Start.  Believe was released in 2016 and the live album BeLive in 2017.

More Sinner Than Saint contains material honed with advice from producer Chris Kimsey, famous for working with the Rolling Stones and Peter Frampton, and the tracks were mixed by California-based producer Bill Drescher and Thunder’s bassist Chris Childs.  The album received considerable critical acclaim and the second single – Hurts – was playlisted by Planet Rock Radio UK.  Last year Rebecca and Steve released a dark, moody version of Slade’s classic track Mama Weer All Crazee Now that very much reflects the mood of the present times, and a new version of Wave Them Goodbye from the last album in which she duets with Alan Nimmo of King King.

In April 2021 Rebecca will release Stripped Back, an album containing ten tracks from Believe and More Sinner Than Saint each reimagined and re-presented in a laid-back style, together with two previously unreleased tracks.  The pandemic and the consequent suspension of live music created the opportunity to do the album, a long-term ambition of Steve’s in particular, and it was created and refined under lockdown conditions with individuals making their contributions at home.  Steve plays the bulk of the instrumentation on the album, with the gigging band contributing their parts to the track Hurts.  The album was arranged and produced by Steve and mixed by Steve Birkett Jnr.  Even the album artwork was shot remotely by Adam Kennedy and the album sleeve and accompanying merchandise was created by manager Colin Speller, making Stripped Back a fully in-house creation by the Rebecca Downes team.

In the current circumstances, Rebecca and Steve are continuing to write new music but are hoping to start live gigs later in the year, at which point they will have the option of performing the music of Stripped Back as a duo in addition to their usual full-band gigs.