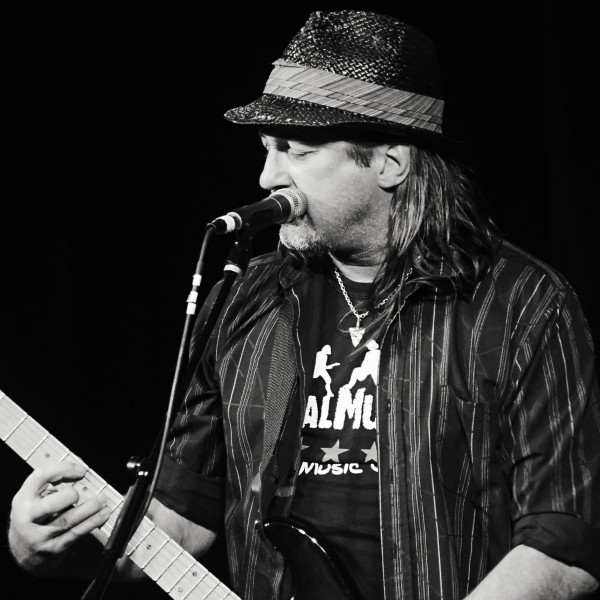 “Turk Tresize embodies such raw talent and an obvious love for what he does. While listening to Soul Casino, it feels as though one is slowly discovering such a respectable and enlightening musician and artist, just as he himself discovered his love and passion for music many years ago in his Australian homelands” - Jill Jacobs / Blues Rock Review

Turk Tresize hails from Cannons Creek, Victoria, Australia, where he learned the value of hard work growing up on his family farm. Stemming from his love of heartland country and later bands like Black Sabbath and AC/DC, he started as a self-taught vocalist and transformed into an artist dedicated to his craft. Tresize did not begin playing music until he was 20 when his mother gave him his first guitar, which has been his friend in moments of solace ever since. A rooted family man, Tresize found truth and comfort in music while watching his family fight to keep their farm.

After fronting several local bands that developed a strong following, Tresize ventured to London, but stayed longer than he originally anticipated. He began playing regular gigs with a group of fellow travelers under the name ‘Skippy’s Nightmare,’ many of whom returned to Melbourne and continued to play with and write with Tresize. From there, Tresize built a recording studio in a milking shed on his family farm, now aptly called, “The Shed.” The soundproofed studio provided Tresize the opportunity and means to explore his passion for songwriting and laying down his own demos. Inspired by ‘man-of-the-land’ roots of rock, grunge, with a twist of country rawness, Tresize’s debut album, Soul Casino, began to take shape.

In need of a producer with the ability to truly capture the “raw” nature of his songs, Turk turned to The Bomb Shelter’s Andrija Tokic (Alabama Shakes, Hurray for the Riff Raff, Clairy Browne and the Bangin’ Rackettes). The Bomb Shelter is located in East Nashville, TN and specializes in recording and mixing entirely to tape. After a long flight, a meeting and a few drinks, the two decided that the final version of Soul Casino would be recorded and produced in Tennessee — with no Pro Tools or Auto-Tune.

Soul Casino was released in October of 2013 under Turk’s label, Dairy Shed Records. The highly personal and original album infuses soundscapes that are southern rock-based with elements of rock, roots rock, blues, alternative country, and Americana tossed in for good measure.

“The album itself speaks volumes, with waves of nostalgic memories from the heart of Turk Tresize’s mind, creating vivid images and evoking deep feelings inside the listener. It’s impossible to listen to this album and not revel in the power that radiates from inside it. A debut this special should not go unnoticed” - Ella Scott / Gigslutz UK

Since the release of Soul Casino, Turk Treszie has taken his show on the road in the US and Australia. His live show has been experienced by US concert-goers in New York, Nashville, Atlanta, Alabama, Pennsylvania, Ohio, Connecticut and at Whiskey a Go Go in Los Angeles. Upon his return from the US, Turk has played the live show at festivals and clubs in and around Melbourne in anticipation of his first radio single “Daddy Wazza Roller” which has been accepted to Pandora and will soon be going for adds at terrestrial radio stations worldwide.