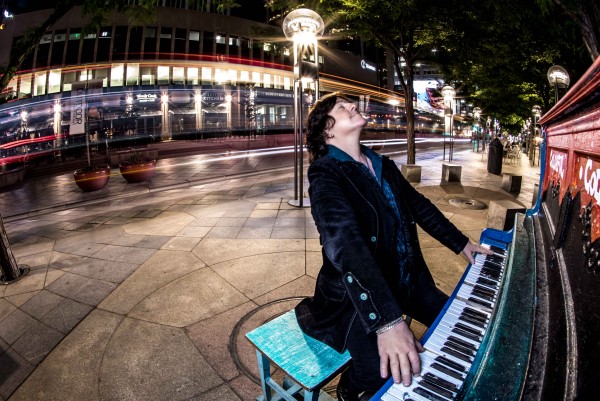 Called a “keyboard wizard” by The New Yorker, BOB MALONE has amassed a loyal international fan-base through twenty-five years of touring and nine critically acclaimed album releases. He’s played keyboards for John Fogerty since 2011, and has been a session player for Ringo Starr and Avril Lavigne. His recording of “You’re A Mean One, Mr. Grinch” was the theme in the 2018 Illumination/Universal movie trailers for The Grinch. MusicRiot UK says “His solo work pulls in elements from classical, soul, blues, rock, funk and jazz into a glorious fusion that’s pure Bob Malone.”

As a member of John Fogerty’s band, he’s played New Orleans Jazz & Heritage Festival, Radio City Music Hall, and The Hollywood Bowl and is featured on the 2019 concert album/DVD “50 Year Trip: Live at Red Rocks” and the 2013 release “Wrote A Song For Everyone.”

Bob’s latest album, Good People, was released in May 2021. It’s gone to #11 Rock, #1 Soft Rock, and #1 New Jersey on the Roots Music Report radio charts and debuted at #15 on the IBBA UK charts. Goldmine calls it “a compelling listen” and American Songwriter says: “From complex turbo-charged polyrhythmic soul-jazz excursions to the most fundamental folk-rock anthems, Malone knows how to light it on fire.”

His songs and his playing have been heard on NCSI New Orleans, Entertainment Tonight, Lucifer, and The Hallmark Channel.