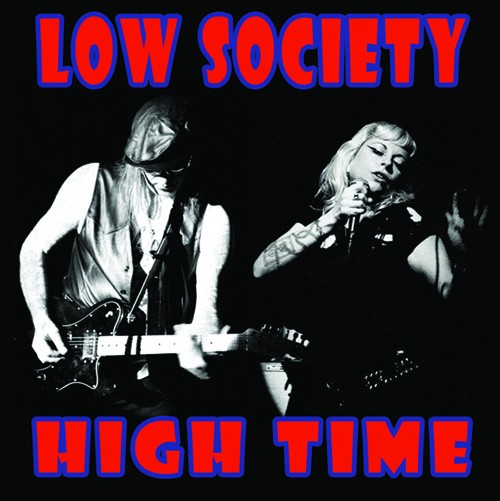 “The two pack a naked pathos into a Plutonium suitcase, detonating it in slow motion as Sturgis Nikides delivers a measured and studied introduction, leading his new rhythm section into a slow and determined momentum upon which Mandy Lemons can lay her sack-o-woe. Sure Memphis has Barbeque, Stax, and The King...but come to Memphis to see this band... ”
— C. Michael Bailey, www.allaboutjazz.com 6/5/2016

Mandy Lemons, winner of the 2015 Emissaries of Memphis Music People’s Choice Award, and Sturgis Nikides, who recorded and toured with the legendary Rock & Roll Hall Of Famer, John Cale (of The Velvet Underground) - aka/Low Society - are blazing new trails on the stomping grounds of Blues Roots and Americana music. Texas Blues, Memphis Rock 'N Soul and a healthy dose of New York attitude help define the sound and spirit of this genre busting band. Their albums have received critical acclaim from around the world, as well as numerous "Best Of" lists. They have placed on the Sirius XM Bluesville Rack Of Blues Top Ten for their current album, Sanctified and for their sophomore album You Can’t Keep A Good Woman Down. Both albums also placed on the Roots Music Report Top 50 Blues and Blues-Rock Album Charts as well as the Living Blues Magazine Top 25 Radio Chart.

Their NEW album SANCTIFIED is a trans-Atlantic production with native Belgians Jacky Verstraeten on bass and Bart De Bruecker on drums (http://www.rawblues.be/), as well as Memphis legend Rick Steff of Lucero on the keys. The rhythm tracks were recorded at Closed Session Recording Studio in Roeselare, Belgium and all additional recording and mixing were done at American Recording Studio in Memphis, TN.

Low Society has toured non-stop since 2008, literally playing hundreds of shows on festival, juke joint and club stages across the US and Europe. They have appeared at Clarksdale Mississippi's Juke Joint Festival 5 times and NYC's Howl Festival for 3 consecutive years, the Bluesalive Festival in the Czech Republic and Poland in 2012, the Blues Foundations International Blues Challenge in 2014 and 2015 and the prestigious 2015 Lucerne Blues Festival in Switzerland. This fall they will be traveling back to continental Europe, with shows already booked in Belgium, The Netherlands and Luxembourg.