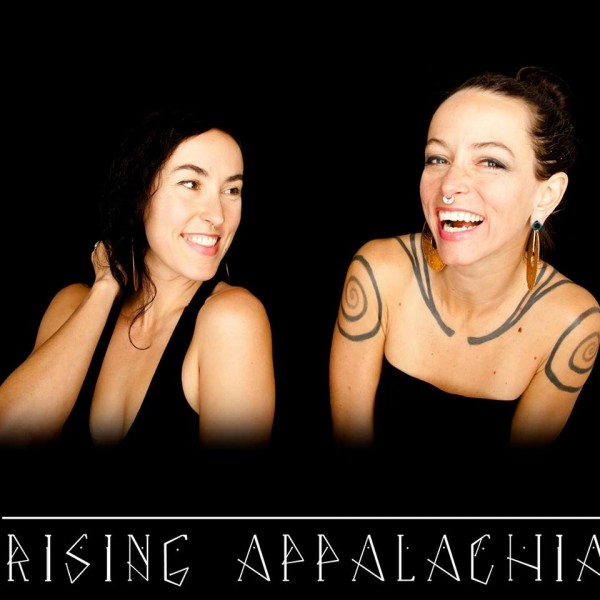 A sibling duo who use their music as a voice for social change as well as creative expression, Rising Appalachia are a folk group whose music fuses the traditions of the American South with 21st century sounds, issues, and concerns. Rising Appalachia was the brainchild of sisters Leah and Chloe Smith; the former has also performed and recorded under the name Leah Song. The sisters were born in Georgia, and spent most of their youth in Atlanta; their mother was a jazz pianist while their father was a folk music enthusiast who often staged hootenannies in their home. The siblings developed a passion for soul and hip-hop while coming of age in urban Atlanta, but after several years of traveling across the country and around the world, Leah and Chloe began reconnecting with Southern folk music after spending time with musicians in rural Appalachia. In 2005, emboldened by their love of Southern folk music, Leah and Chloe spent a night in a friend's home recording studio and cut a handful of tunes which they handed out to friends and relatives as a gift.

Word began to spread about the homemade album, and friends and fellow musicians encouraged the sisters to give it a wider release. In 2006, the album received an official release titled Leah and Chloe and credited to Rising Appalachia. Before long, Rising Appalachia became the name of the duo, and they relocated to New Orleans, Louisiana, where they frequently busked in the streets when they couldn't find paying gigs. 2007 saw the release of their second album, Scale Down. In 2008, the duo announced they were retiring the name and would be performing as R.I.S.E., the name of a creative collective that would bring together artists and performers of different creative disciplines in support of community activism. As R.I.S.E., they issued the album Evolutions in Sound: Live in 2008. While they remained active with R.I.S.E., they reclaimed the name Rising Appalachia in 2010, releasing the album The Sails of Self. Their touring schedule became busier as they traveled around the globe with their music, and the two began working with other musicians. Percussionist Biko Casini and bassist and guitarist David Brown became a regular part of the group's live performances.

Rising Appalachia financed the recording of their 2012 release, Filthy Dirty South, with a crowd-funding campaign; like their previous albums, the sisters released the album themselves, and have produced, managed, and marketed their careers from the beginning. In 2015, Rising Appalachia dropped the album Wider Circles and supported it with a tour in which the group traveled exclusively by train. Leah also launched a new project, the Slow Music Movement, to encourage other artists to embrace new ways of using music to serve the community. When Rising Appalachia returned to the road in 2016, they dubbed the trip the Fertile Grounds Tour, to promote a closer relationship between producers and consumers of healthy foods; the group also announced a new alliance with the Permaculture Action Network. The Fertile Grounds Tour coincided with the release of a new single, "Find Your Way." ~ Mark Deming