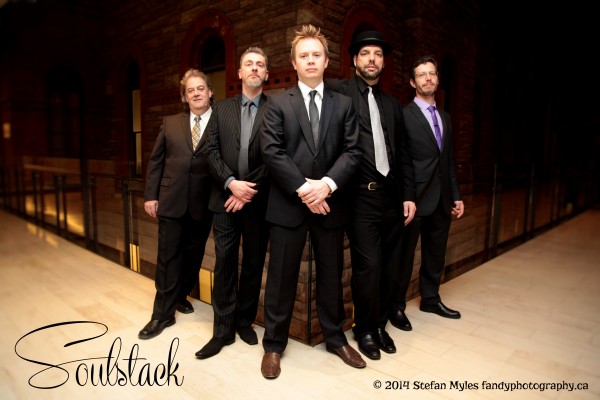 Soulstack rolled out their full-length debut, “Big Red” in 2012. While at the same time classy as trashy, this debut was the band’s first answer to their own question;“How far can we sonically push roots music?” Itgarnered substantial airplay and chart position withcommercial and college radio. This release was a Hi-Firepresentation of their unique live show, already knownin circles as a finely tuned machine burning down the highway from Detroit influenced fuzz-tinged rootsy rock’n’roll to swampy Alabama soul.

Equally comfortable behind their electric guitars andbig drums, or picking acoustic guitars, backed by percussion and hand drum; Soulstack delivers a visceral experience -  one of seasoned musicians playing the music of their roots with authentic realism. It’s the sound of Staples Singers-inspired southern harmony, tremolo-drenched baritone guitar, with a late-sixties New Orleans-style rhythm section and the gurgle of a Hammond organ driving it along. All with beautiful imagery in the songwriting and as huge a lead vocal as you can slam onto tape out front.

In 2015, Soulstack will release two new projects; their third full-length studio recording, self-titled ‘Soulstack’(2015), and a ‘Live & Acoustic’ DVD/BluRay' release. ‘Soulstack’(2015) was recorded live off the floor with the classic method - six men in a room recorded straight onto 2" analog tape, ‘Soulstack’ captures the band as a moment in time, as one would see and hear the band at a live show, delivering the energy and excitement of their live performance directly onto this recording.

Some say it’s roots, others say it’s bluesy, swamp-funk,and even rock and roll, but either way, it’s an experience to experience Soulstack. www.soulstack.com