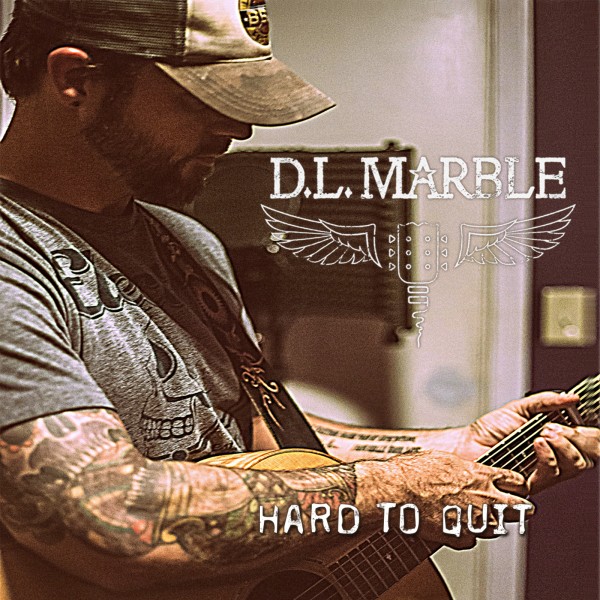 Like a backcountry crossroad, the songs and music of singer/songwriter D.L. Marble are a rich tapestry of uniquely American influences unlike that of any modern artist.  Like many of the original country stars, D.L.’s music combines the best of several American genres.With influences ranging from Robert Earl Keen, Ray Wiley Hubbard and Roger Clyne to Fleetwood Mac, Billy Joel and Jimmy Buffet, the D.L. Marble sound blends Country, Indie Americana, Rock and Blue-Eyed Soul with a heavy dose of vivid storytelling to create a rare sound that appeals across the demographic spectrum while simultaneously growing the loyalty of current fans. The characters that populate his stories come from a background that is as raw as America itself.  Raised by a single mom while his dad spent decades in a Texas prison, D.L. picked up a guitar while attending an Arizona high school and discovered his true calling.After stints as a successful in real estate,  in Law Enforcement  and as a Contractor, D.L. decided to fully commit to his calling, the songs could not wait any longer. The result was a debut album title “Not the One” that was a critical success – earning an Album of the Year #22 ranking on the 2012 Americana Music Show and a #25 ranking on Alternate Roots Magazine’s 2012 Route 66 Americana Chart. Following the album’s release, fans tuned into radio stations from Los Angeles to Brooklyn to hear D.L.’s music and his in-studio interviews.  And they flocked to venues nationwide to see him perform.  During the supporting tour and shows, D.L. and his band crisscrossed the country, in one stretch covering 38 states in 40 days.

D.L. has just released his sophomore album "Hard To Quit"  to an audience hungry for more real American music.  And given the feedback, they won’t be disappointed because well-known industry insiders who have listened to pre-release tracks suggested this could be the breakout album of 2015.