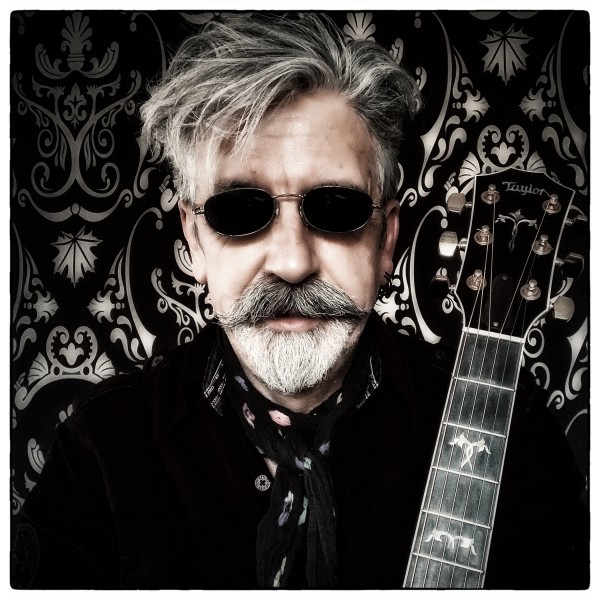 Wily Bo Walker, recently Inducted in to the US Blues Hall of Fame, is a solo artist, songwriter, composer and performer noted for his characterful vocals and swaggering 'live' performances

Renowned as being a diverse and prolific artist and hailing originally from Glasgow, Scotland, Wily Bo works across many styles and genres; Blues, Gospel, Soul, Classic R&B, Jazz, Rock and Americana

Wily Bo Walker released a trilogy of albums in 2015, all of which achieved tremendous reviews across the board in the music industry

‘Moon Over Indigo’ was considered for a 2016 Grammy nomination as was the previous collaboration with Grammy Award winner, Danny Flam

For 2017 Wily Bo Walker will be working on a new trilogy of albums based around his stories, tales and drunken fables…

He will be touring with ‘The Wily Bo Walker Band’ as well as gigging his one-man blues, swamp’n’stomp show ‘Welcome to VoodooVille’

His track 'Long Way to Heaven (feat. The Brown Sisters of Chicago)' was included on the Bongo Boy Records release, 'Gospel Blues Vol 1' which is currently in the Roots Music Report Charts

Nominated for Best Male Vocals in the 2014 British Blues Awards

'When The Angels Call Your Time', a Wily Bo Walker original, featured on the Covermount CD: Issue 14 (July 2014) of ‘The Blues' magazine

No 1 Blues, Jazz & Classic Rock artist in the US and Worldwide MySpace charts (Jan 2013)