In the Wilds of Wyoming singer/songwriter Kerry Wallace stands steadfastly sowing stories from seed to song, creating an authentic and incomparable blend of folk, country, bluegrass and Americana branded into a style that is uniquely her own.

She learned from her agrarian roots to remain connected to the land and people. "I've spent years nurturing things to live, from children to livestock to crops." And recently she has found time to nurture something else that is dear to her heart: her music. Her début album "Songs to Sing and Tales to Tell"  includes three Wallace penned originals and is an emotive journey into love, loss, betrayal and life decisions.  This album received worldwide radio airplay and the track "Under the Wyoming Moon" (written by Wallace's bass player) was #1 in radio airplay for several weeks and was later performed by the University of Wyoming's Singing Statesmen.

Her 2nd album "Winter Left a Rose", carries the journey forward showing maturity as an artist and writer with 3 original writings including the title track and covers by artists such as Tom T. Hall,  Mary Chapin Carpenter, and Bob Dellaposta.  This album got radio airplay on the syndicated show "Tim Rogers Classic Country" and aired on stations across the US as well as the BBC and Europe.  It also received several nominations from the Academy of Western Artists.

Her 3rd album "If We Knew" is a 13-track trek through originals penned by Wallace, and several covers and gorgeous duets with Richard Lynch and Arlene Faith. She was nominated a 2nd straight year for multiple awards from the Academy of Western Artists and Josie Music Awards. A song she wrote based on a historical Montana figure, "The Ballad of Bertie Brown", garnered her an article in the Entertainment section of a Montana newspaper and it stands as a perfect example of what she "cooks up" on her Wyoming farm.  In "If We Knew", Kerry displays her masterful ability to pen mood into melody and emanates a soothing simplicity and her trademark potpourri of genres.

As well as being on the road performing, she is currently in the studio again working on her 4th album and a Christmas album. 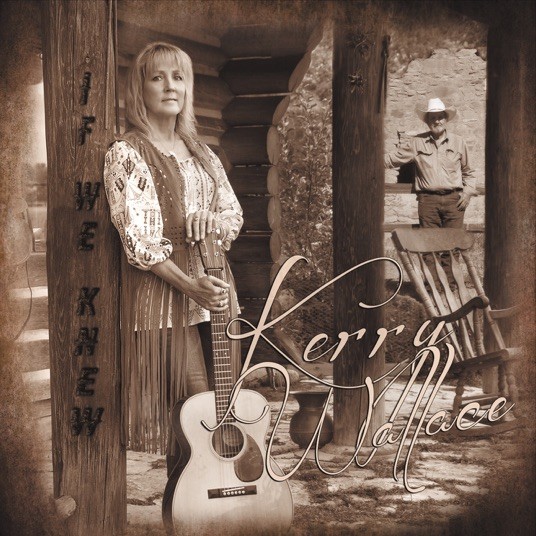