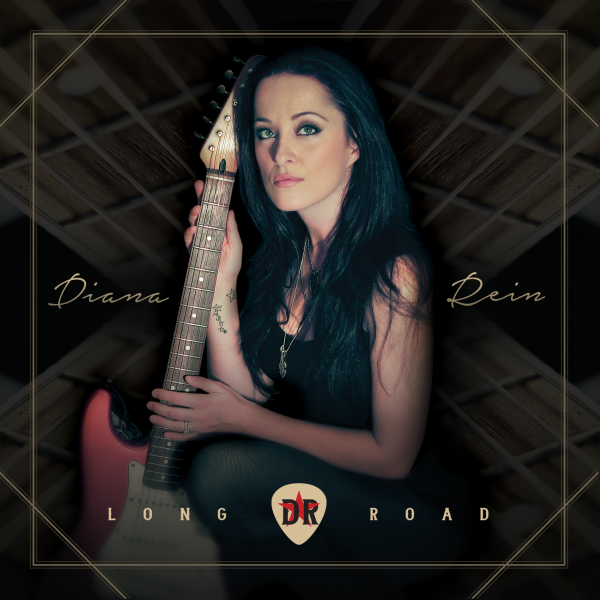 In mythology, Sirens were dangerous yet beautiful creatures that would lure sailors with enchanting songs and make them crash onto the rocky coast. It is said that some crews survived by using wax in their ears to keep from being compelled.

But what if the music was turned up? What if it was amplified? What if there were soaring guitar tones that shook your bones and cut through to your soul?

Get ready to meet your fate with Diana Rein on her magnetic Indie Blues sophomore album “Long Road”.

See if you can escape the artist named "the Six String Siren" by her adoring fans. With a sharp tongue, driving blues guitars and melodic solos  — it won’t take long before you fall under her spell.

Born in Romania and raised in Chicago, Diana came onto the scene as an acoustic rhythm guitar player in her hometown with the release of her first album of 8 originals "The Back Room".

"On Long Road, Diana Rein doesn't just show off her incredible guitar playing, which is reminiscent of Stevie Ray Vaughan with a sprinkling of Buddy Guy & Jimi Hendrix, but also her powerful voice !! Killer Vocals, Killer Guitar, Killer Rock !! With music like this, Diana's Rein as "Queen of Blues/Rock" will be a long one !! " - Michael Trike McGrath of Trike's Trax

It wasn't long before she was doing solo and band shows all around Chicago including venues like: The Double Door, Fitzgerald's, Joe's Bar, Lucille's, festivals, college shows and playing a set at The Taste of Chicago right before Bonnie Raitt hit the main stage.

As of June 2016, Diana Rein & Papermoon Gypsys have joined forces. While doing the Laguna Beach Radio show, Diana shared her hopes to put a band together with host Kenny “Big Daddy” Williams. Soon after, Diana came out to Kenny’s Open Jam and it became very clear that it was in the cards for this merge to come to life.

Now, with the advent of Diana finally stepping out as a lead guitarist and vocalist on her new album "Long Road", there are no limits to the music that she will continue creating and sharing with her expectant audiences. Her music is saturated with the Blues at its core and infused with guitar driven Rock and Roots.