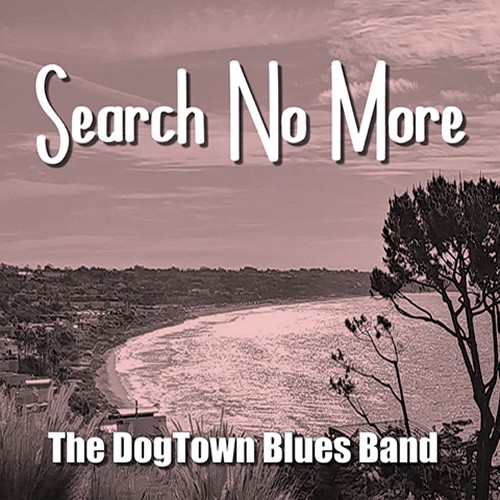 RVL music and Richard Lubovitch (aka Loob) are proud to announce the release of the new CD, by The DogTown Blues Band, Everyday. This new CD, comprised of 10 tracks, 43:20 in length, is “Loob's” impressions of his 30 years in Chicago listening to, and playing with, the great Chicago Blues Masters that he saw throughout his time there, in the clubs, and during his many years of going to Maxwell Street to hear the legends of that time. It offers 5 standards and 5 original compositions, and featured, are the amazing vocals of Barbara Morrison, who's vocal interpretations of Everyday I have The Blues, Easy Baby, Ain't Nobody's Business and Same Old Blues, are something special to hear. “Having Ms. Morrison on this project, has allowed us to do original and traditional arrangements of standards with a DogTown twist, so as to feature her accomplished vocal interpretations of these songs. Check out Ain't Nobody's Business, arranged as a late 1950s blues, with a slight stroll feel, or her complete re-invention of Easy Baby, as sung by a female, coupled with the emotional joy and pain she brings to Same Old Blues and the upbeat feel of Everyday I Have The Blues.

The CD also features Hohner Harmonica Master Bill Barrett, who is featured throughout, with attention to his fantastic playing on the original compositions Shrimp Walk and All the Way Down…The two Harmonica songs on the project. Bill has also added a wonderful vocal track to Doc's Boogie.

Producer, guitarist Lubovitch gives us a myriad of energetic standards peppered with five originals, including Boxcar 4468, where he plays lazily thru the head, building up to a raucous solo section, with attention to a high energy organ solo by Wayne Peet then Loob and Marcus Watkins on Slide guitar trading a few choruses.

Contrasting this, are two additional tracks...Variation II (A Minor Blues) featuring the “Loob’s” guitar and Bill Barrett’s harmonica, and a West Coast influenced guitar based number, entitled County line . The CD also highlights the high octane Drums and Bass combination of Lance Lee and Trevor Ware, Upright Bass, on tracks 1,2,6 and 7, with Tom Lilly, Electric Bass, on tracks 3,4,8 and 9. Both Ware and Lilly are also featured on Boxcar 4468 and County line.

The band’s motto is: “We like to put a Jazz in our Blues, and a little Blues in our Jazz.”

To sum it up…Everyday reflects what The DogTown Blues Band does best…Chicago Blues, and Jazz with a West Coast twist.

Richard Lubovitch (aka Loob): Chicago Born Guitarist/Producer Richard played as short term replacement side man for many back in the day, such as Rufus Thomas, Gatemouth Brown, and others. Also partner and manager of The Track House Recording Studio in Van Nuys CA for 10 years from 1991 until it closed in 2001, where he performed on many film sound tracks, tv shows and commercials, as well as produced many Blues and Jazz recordings .

Special Guest Artist Barbara Morrison: Vocals. Barbara Morrison has been pleasing audiences and garnering rave reviews for more than three decades. In addition to a long list of her own recordings, she has worked with an A-List of “Who’s Who” in the Jazz world. Barbara was born and raised a short drive from Detroit, Michigan. The young starry-eyed 10-year old launched her professional career with her first recording for a radio station in Detroit. She moved to Los Angeles in 1973 and began to blaze a trail around the globe, delivering performances that keep audiences asking for more. One of the hardest working and busiest Jazz and Blues entertainers in the business, Barbara Morrison has an impressive discography of recordings that include 3 Grammy nominations. It is safe to say that she is among the most recorded Jazz and Blues artists of her generation.

Bill Barrett Chromatic Harmonica, can be seen and heard with his band The Bastards of Belleville, a Gypsy Jazz Quartet, currently playing all over Southern California. In 2014, he played with Wilco guitarist Nels Cline on his project, Bill was also with Hazmat Modine for many years and is featured on many great Jazz and Blues recordings.

Wayne Peet Organ / Piano Recording Engineer: Owner of Newzone Studio...Also a frequent Collaborator with Nels Cline and was also on the Dirty Baby Project. Has also has worked with such Jazz giants as Kenny Burrell, engineering and mixing his last five CDs and has composed numerous film and television scores.

Lance Lee Drummer: Played with Diana Ross for 12 years, then was with Kenny G for years and continues to be one of most sought after drummers for studio and touring in LA.

Tom Lilly Electric Bass: Played with Lindsey Buckingham, Jefferson Starship and Edgar Winter back in the day, and recently, 12 years with Beth Hart

01 Everyday I have the Blues (Aron and Milton Sparks)

All The Way Down (Lubovitch / Barrett)