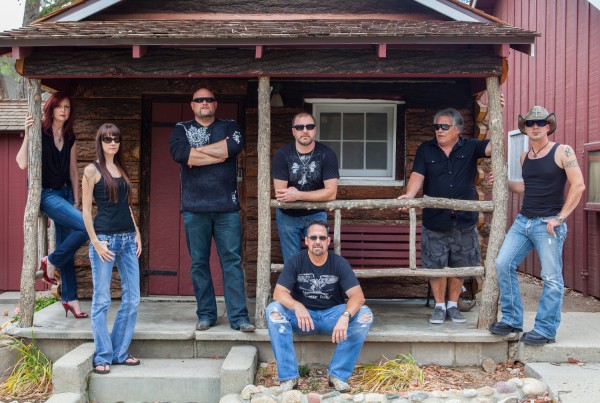 Jim Gustin is a blues singer and guitarist from Santa Clarita California. He has a distinctive, powerful voice; soulful and deep with a smoky rasp, and is a passionate and energetic performer. He is also a very solid guitarist with great tone and a funky feel. Jeri Goldenhar, aka Truth Jones, has been singing since she was a little girl, although at over six feet tall, it’s hard to imagine her as a knee high, little red-headed child. She has a big voice to match her impressive stature. She can belt out gospel and soul seldom heard from suburban white girls.

Together, they provide a powerful one-two vocal punch that is rare amongst blues acts. They sound great blended together as well as each bringing a distinctive flavor to create the band’s unique sound. They have well written catchy songs that come from and are performed from the heart.

Jim has been playing music for over 30 years in and around the LA area. His first gig on guitar was at the Los Angeles Sports arena in front of 10,000 people. He has performed at Staples Center prior to an LA Kings game. He has performed at the SCV Blues Festival, The Ventura County Blues Festival, Thunder on the Lot, AV and LA County Fairs, Glory 2016, GIVE-Apalooza, Gracefest AV and SCV, countless bars and clubs, including; The Canyon Club, The Rose, The Saban Theater, Arcadia Blues Club, Malarkey’s, Sagebrush Cantina, The Coach House, Maui Sugar Mill, and many more.

They perform regularly at their church and at benefits for Susan G. Komen, Help the Children and our military veterans. They are member of the LA, SCV, Socal and Ventura County Blues Societies as well as The Blues Foundation.