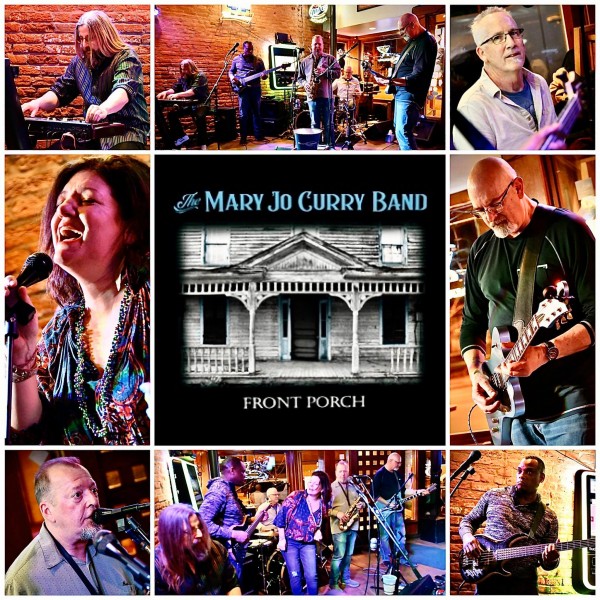 Author Jim Riordan says, “There’s a sincerity to Mary Jo Curry’s singing. She’s not trying to show off her voice, she’s not trying to sound like someone else, she’s here to make you believe something – to feel something, to know in your soul the truth, the joy, and the pain she’s singing about.”

This is music that is able “to find that line between old school blues and modern songwriting,”[i] where tradition brushes up against R & B, Rock and Roll, and Funk. It’s blues that move you, songs that take you for a ride.” And that is what you’ll discover on the band’s latest release, Front Porch.

Mary Jo and guitarist, Michael Rapier, started performing together 9 years ago.  Five years later, they enlisted Chris Rogers on bass and Rick Snow on drums. This powerhouse rhythm section provided that magical component that propelled the band’s sound. The four core members have grown beyond being a tight live band, into a quality recording and song writing unit as well.

Front Porch, the second release from Mary Jo, (the first release from this band line-up) is a truly self-produced album, made up of 10 original songs and one cover. Nine of the originals penned by the members of the band, and the tenth original was specifically written for Mary Jo by legendary Chicago drummer/composer, Andrew Blaze Thomas.

After the first album, produced by James Armstrong, was completed and finding its way onto the charts, blues great Albert Castiglia, a friend of Mary Jo’s asked her why she didn’t include him on the first album. Later good friend, and Chicago great Tom Holland, and then Andrew Duncanson from Kilborn Alley, made similar comments to Mary Jo. With these offers, songs were written, tailored with these great artists in mind. The three guest stars delivered stellar performances on the tunes. Castiglia and Holland enjoyed the songs so much they added their fire on 2 additional songs.

The songs cover a broad pallet of blues showing the blues influences each member has absorbed. This is a blues album, but the styles vary, no groove is the same. The song transitions keep you engaged, and you’re allowed to flow from each blues mood to the next seamlessly.

The album contains strong songs from beginning to end, there is no filler. From the opening high intensity “Nothin’ is Easy” to the New Orleans funk / Gospel Rave-up “Joyful” at the end, you’ll want to let the CD to continue playing through over and over again. Amid the flow of tunes, the listener will discover the dramatic showstopper, “Explaining the Blues,” written by Andrew Blaze Thomas for Mary Jo. The tight powerful rhythm section provides the foundation for Mary Jo to “open up,” to reveal the expansive dynamic and emotional range of her incredible voice.

Mary Jo’s first album, Mary Jo Curry, was her introduction to the world. This latest release, Front Porch, reveals what she and the band have been up to for the past four years and shows the direction they are heading.  From the time James Armstrong told Mary Jo, “We’ve got to get you recorded” through the completion of Front Porch you hear the evolution of a working band and you are able to get a view into the blues heart of The Mary Jo Curry Band.

Great artists like Albert Castiglia, Johnny Rawls, Andrew Duncanson and Tom Holland have sung the praises of the band. Albert Castiglia said it this way: “Mary Jo Curry’s time has come! Her new record will demonstrate that she’s a force to be reckoned with in the blues world. Look out!” Johnny Rawls said “I have sung with Mary Jo many times, and she delivers every time! She has a powerful and soulful voice.” Andrew Duncanson adds, “Mary Jo brings it every night with heart and soul. Great voice, great talent, and a great friend.” Chicago blues great Tom Holland says, “Mary Jo Curry is a force of nature and one of my favorite singers on the scene today.”

Whether listening to her recordings or attending her live shows you can hear why Mary Jo Curry was named the Best Female Vocalist for 2019 by the Illinois Times.

Jim Riordan continues, “The album has a strong “live” feel to it, it captures the excitement the band generates on stage. So exciting in fact, it seems limiting to use the term “listening” regarding their music. You feel it. You sense it. It’s an experience.”

author of Break on Through: The Life & Death of Jim Morrison, Stone, The Bishop of Rwanda, The Coming of the Walrus and former contributor to Rolling Stone, Cream, Crawdaddy, the Kansas City Star, The Chicago Daily News, and Musician. 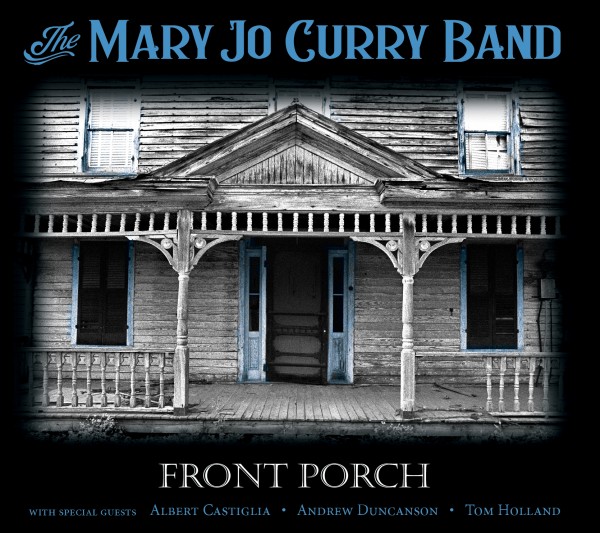