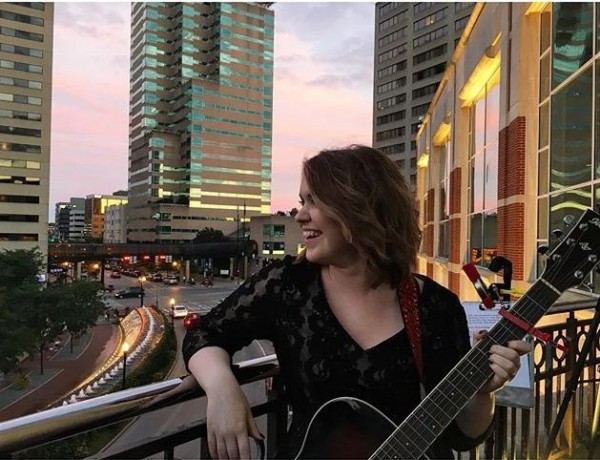 16-year-old Rhyan Sinclair, 2016 and 2017 Best Pop Winner (Lexington Music Awards) and Nashville recording artist, has performed with and written the original music for the alternative country/rock band, Rhyan Sinclair & All the Little Pieces, since she was 11. Songwriting since she was 8 years old, her music has been featured in several independent films. She plays keys, guitar and the occasional kazoo along with handling vocals for All the Little Pieces. Her publishing company, Little Haunted Girl Music, ASCAP, has an impressive catalog and she has her hand in all facets of the business side of her music, from video production to the promotion of a house concert series called The Living Room Sessions. Always interested in both music and film, in her younger years, Rhyan worked in many independent films, co-produced three different web series and had a featured role in Disney’s Secretariat. Her goal is to develop Little Haunted Girl into a full service audio and video production company and record label. The new All the Little Pieces’ album is the first on Little Haunted Girl Records. With All The Little Pieces (2015 Best Rock Winner, Lexington Music Awards), she has played gigs from intimate coffee houses to large venues and festivals. Notable venues played are Hard Rock Cafes in Memphis, Louisville and Pigeon Forge, The Rock and Roll Hall of Fame in Cleveland, OH, the Cooper River Bridge Run and Awendaw Barn Jam in Charleston, SC, The Main Street Fest in Franklin, TN, 12th & Porter in Nashville and many more. She has made two appearances on the Woodsongs Old Time-Radio Hour, first joining Norah Jones on stage and more recently as the WoodSongs Kid, where she got to join in on a song with Jorma Kaukonen and Lowell “Banana” Levinger. She recently got to play a few original songs with Lillie Mae Rische at Layla’s in Nashville and has been fortunate to have met some of her main musical influences, Jack White, Cyndi Lauper, Norah Jones and Kelly Clarkson. Already with two All the Little Pieces albums (If You Fall and Broken Little Soul) and one solo EP (Cardboard City) under her belt, she recently wrote material for the band’s 12-song concept album, The Legend of Lavinia Fisher. Guests on the album include Fats Kaplin (Jack White’s band), Carl Verheyen (Supertramp) and Warren Hood (The BoDeans). Inspired by a ghost story, the album takes the listener on a journey from present day to the 1800’s, starting from the perspective of a traveler leaving small town life behind, and going into the twisted perspective of Lavinia Fisher (allegedly, America’s first female serial killer). The album is ethereal and haunting and was released in Sept. 2016. Rhyan hosts a monthly Songwriter’s Round in her hometown and is also presenter for and co-producer of BalconyTV Kentucky.