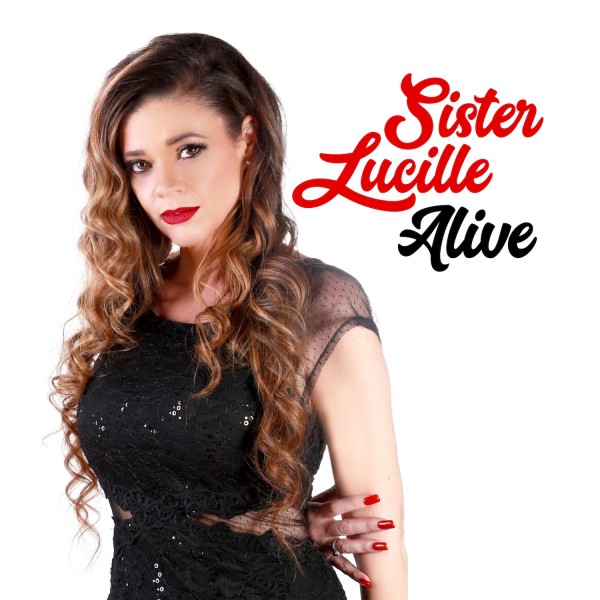 Hailing from Southwest Missouri and deeply inspired by the musical legacy of Memphis, Sister Lucille has turned the worlds of Blues, Roots and Soul on their collective head and created their own genre -  Memphunk! Led by Kimberly Dill's power-packed vocals and Jamie Holdren's searing guitar work, the band's head-turning live performances have been winning them fans across the south since forming the band in 2014. The spotlight has continued to shine brighter and brighter on the foursome as they advanced to the semi finals of the 2015 International Blues Challenge, and were voted "Most Promising New Artist" at the 31st Music Pioneer Awards in Memphis in 2016. Now, their debut album, Alive, sets that Memphunk template in stone with 11 tracks that touch your heart, stir your soul and shake your booty - often all at once!

Kimberly started her music career in the early '90s singing Country music, eventually recording at the legendary Hilltop Studios in Nashville (with the equally legendary Brent Mason on guitar). That led to performing at both the Ryman Auditorium and the Grand Ole Opry opening for the iconic Kitty Wells and Jack Greene. But as time went by she found herself falling in love with old Blues/Roots standards, and the lure of the Blues put Country in the rearview mirror as a new musical direction took hold. Jamie Holdren got his first guitar at six years old and by his early teens was playing in local bands and on his way to becoming an accomplished songwriter. His skills eventually brought national touring offers but he opted to remain in Missouri to raise a family. Nearly two decades later, with an adult son now on his own, he and Kimberly fell in love hard and fast for the Memphis music scene. With a new fire eager to be stoked, Jamie rekindled his passion for guitar. He and Kimberly found themselves immersed in the Blues/Roots world and, soon after, Sister Lucille was born. After a few early lineup changes they settled in with the dynamic duo of Eric Gunn on bass and Kevin Lyons on drums, two musicians whose synergy from playing together for over 20 years creates an undeniably infectious groove. They are Sister Lucille and they are Memphunk to the BONE!