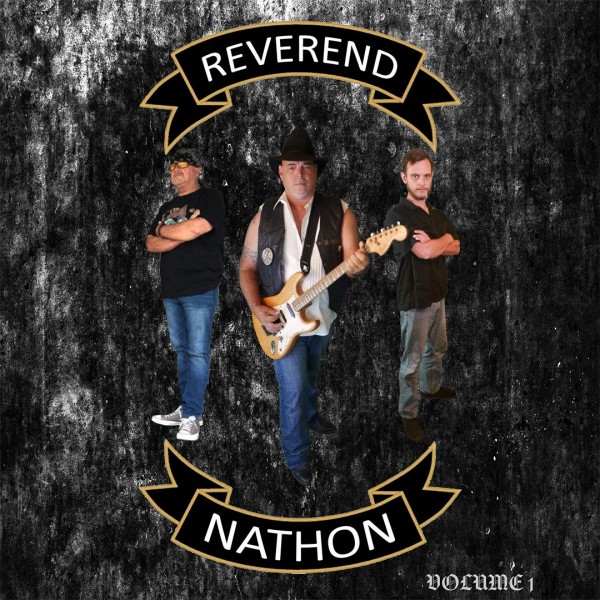 Based in the Texas Hill Country community of Marble Falls, REVEREND NATHON is a three piece Blues Rock and Americana band that includes the talents of Nathon Dees on Guitars and Vocals, Aaron Dees on Bass Guitar and Gary Delz on Drums. The band released Volume 1 in October 2020, a 12 song all original recording, Dees takes the listener thru the many stages of his musical and personal endeavors.

From relationships on "I Find Hope", "A Love Like Yours" and "Autumn Breeze", to the country rock growler of "Goin' Fishin'" featuring the slidework of Dees, the Roadhouse shuffles of "Darker Shade of Blues", "Bi-Polar Blues" and "Walking On" to the Americana rocker "Deep", the softer sound of "Autumn Breeze" and Golden Key", to the comical look into the Millenial side of life in "Millenial Blues" and the slow rocker "The Way It Could Have Been...there is something for all genres of listeners. Dees was raised in the town of Sheldon, Texas and played primarily with rock and punk rock acts in his younger years before beginning his songwriting career.

At the encouragement of longtime Texas Drummer Gary Delz, Dees began leaning more toward the Texas Blues Rock side of his music. Delz brought his experiences of touring in the Cosmic Cowboy era behind Gary P. Nunn, the Pure Country sounds of Yodeler Don Walser and the Blues Rock of his Gary Delz Power Trio into the project. Dees' Son Aaron Dees rounds out the band on Bass Guitar who spent his younger years as a crew member and sound technician with numerous large Rock acts. In the first week of November 2020 REVEREND NATHON Volume 1 landed on the Reverb Nation Blues Chart at #17 United States, moved up in just two short weeks to #13, and #16 on the Global Chart, all without major label support.