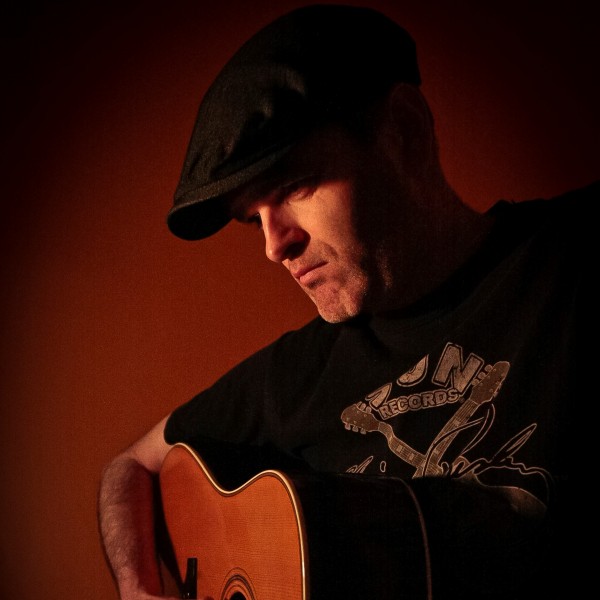 ‘The Nashville Calling` is the title of the 9th studio album by Irish artist Ben Reel. It was released on March 27th 2020. Produced by Will Kimbrough and Tommy Womack and featuring Garry W Tallent on bass from the legendary E Street Band. The album contains 11 new tracks all written by Ben Reel. It was recorded at Skinny Elephant Studios in Nashville. This album was done and dusted in just 3 days with all live takes. Following the critically acclaimed experimental slow burner `Land of Escape’ from 2018, this new record has a more americana, rootsy rock, live band feel.

Since his debut album `This Is the Movie’ back in 1999, Ben has reinvented himself from album to album, influenced by different styles of music over the years. As one critic said,  " He's not afraid to throw in some in folk, soul, reggae vibes, which in turn call to mind John Hiatt at his best". Another describes him as “somewhere in the middle ground between rock and jazz or a sound that is sometimes reminiscent of Dylan and the Band”.

In a solo career which now spans over 20 years, Ben has received  worldwide critical acclaim with numerous high profile TV/Radio appearances like BBC, RTE and Dutch NPO Radio. Supporting Jools Holland, Alabama 3 & The Cranberries and he has collaborated musically with such names as Hal Ketchum & The Blockheads. He has co written and performed live with his fellow countryman Tony McLoughlin and some of Nashville's finest such as David Olney & Irene Kelley.
In the past Ben was selected to play an official showcase at Folk Alliance in Memphis TN and has toured as double bill with Tommy Womack (Nashville) in the U.S & UK and also with legendary American folk singer/songwriter Eric Andersen in the UK & NL. While in Nashville he was invited to play the famous Bluebird cafe on a number of occasions, most recently Sept 2018.
Over the last 10 years Ben has enjoyed successful tours in Ireland, UK, Europe & U.S.A, receiving rave reviews and attracting a growing loyal fan base. He has graced big festivals such as Jamming@Hippie Jacks (USA), Musiktan festival in Bilbao, (ESP). Haarlem Jazz & Huntenpop (NL), Robin Hood folk festival (UK), Kilkenny rhythm & roots, Cork jazz & Electric Picnic (EIRE).

“ 11 heavenly storming roots rocksongs sounds like the urgency of a hungry debutant who wants to win a war. And he sometimes can put the finger on the spirit of the age. Tough times... That's the Reel stuff. - 4/5 stars” - Herman Van Der Horst — Lust for Life Magazine, Netherlands. The Nashville Calling review 2020

“These are songs about the resilience and the brave. They could be soundtracks and theme songs for the first responders in our current health pandemic. Reel has all the ingredients of the best roots rockers – swagger, attitude, heart and a way with words. And, his voice is so much better than most. Listen up.”— Jim Hynes, Glide Magazine U.S.A - The Nashville Calling review 2020

“What a joy to help Ben make this wonderful record - Ben has a lot of soul, a powerful voice and a batch of dead on songs. The rhythm section of Garry Tallent and Evan Hutchings combined with the guitar weaving of Tommy, Ben & myself made for inspired interaction. Great experience & an even better album.” — Will Kimbrough, Nashville, TN

“Ben’s new album is a triumph. Blessed with a vision and his tremendous voice, he gets inside his words and music and makes magic. I’m super glad I got to help out on this project. He’s a singular talent and a wonderful person on top of that.” — Tommy Womack, Nashville, TN

'Based on his excellent albums, Reel deserves to attract a wider audience. Slow burning is the best description of the beautiful music on Land Of Escape.'      -John Gjaltema- Alt.Country.nl- 2018 ****

‘Speaking of tasty discs, this is another one the Irishman Ben Reel has rejoiced us with.
The twelve songs on the eighth studio album belong almost without exception to the very best that he has been able to deliver to date.’ - Altcountry.nl April 2018 ****

‘The Irish man presents here twelve pearls of songs with the best songwriting, "Land Of Escape" is a typical Ben Reel album that sounds a bit different, just as you would expect from a musician of his caliber. Just like a good cook, Ben Reel stimulates all taste buds.’
Freddie Cells-Rootstime.be **** April 2018

`Ben is a singer-songwriter from South Armagh with a mighty band behind him, the sound is sometimes reminiscent of Dylan and The Band.' -
Dai Jeffries (Folking.com) May 2015

`Certainly the South Armagh man shows no sign of flagging on this self-produced 14-track set – and that goes for his impressive band as well. Reel’s 2013 Darkness and the Light album was strong, but this is better balanced and more consistent. '
Joe Breen - The Irish Times - 4/5 stars album review of 7th/ May 2015

Darkness & the Light reviews 2013
A Stunning collection that confronts the everyday struggles of ordinary folk'.
-Maverick Magazine- June 2013 Alan Cackett
'Career highlight for south Armagh man, his best yet'
-  Hotpress- April 2013 Colm O'Hare
"His energy & desire to communicate, to sing, is infectious, and the Armagh man's band rises to the challange. This is a meaty, mature, well produced album concerned with serious topics."
Joe Breen, Irish Times July 2013 -
" He's not afraid to throw in some in folk, soul, reggae vibes, which in turn call to mind John Hiatt at his best. "
-R2 Magazine by John Atkin July 2013- (4/5) stars

Ben Reel is a native of Silverbridge, South Armagh.  Soon after high school at the age of 17 he started his musical career in 1989 performing & songwriting with local band “Trim The Velvet”’ before going solo in the late nineties.

Against the backdrop of the troubles in Northern Ireland, music became Ben’s way out.
He first picked up the guitar when he was fifteen years old, inspired by the realness of the likes of Bruce Springsteen, Van Morrison & Neil Young whose music struck a chord that resonated deep into Reel's psyche. This is still reflected in Ben's heart on the sleeve approach to performing and writing.

Today Ben Reel performs occasionally as solo or duo with his wife Julieanne or with his Dutch band `The Haarlem Boys’ but mainly he performs with his fantastic Irish band `Ben Reel Band’. He divides his time between touring Europe and the USA and producing music for himself and other musicians.