Harpdog Brown takes Chicago Blues down to New Orleans. The result is a unique and vibrant new sound.

blues. Think of the old Chess Records and Sun Records of the late 40's and early 50’s.

Band. They have a unique sound that takes Chicago Blues down to New Orleans. It’s

a different vintage! This music will move you! They perform mostly originals yet they

often include great songs of the masters from that era. Think Louis Jordan, Satchmo,

about this new show!

He’s been called a Blues Evangelist, and that’s a very fitting moniker. "I speak the blues

like it's the truth, and it is”, he was recently quoted. "I do feel like I'm a servant of the

people. A missionary if you will. Music can heal people if they pay attention to the

messages in these songs.” He delivers those messages using the vintage sound

celebration of our perfectly flawed lives. We help people forget about their issues of the

moment and then they realize that we all have our issues, and that's OK."

Vancouver-based Harpdog Brown was born in Edmonton in 1962, an adopted child who

belonged. I feel like I was born for the circus, you know, born to travel. The blues tapped

me on the shoulder years ago and said 'this is where you belong, son'. So the blues

became my circus and there's no better way to travel than with a band!”

Harpdog Brown is a gifted vocalist and an imaginative harmonica player. He has won

Canadian Music Awards Nominations, a Juno Nomination and is the only Canadian to

win the coveted Muddy Award. In 2016, he was nominated for 3 Maple Blues Awards

(Harmonica Player, Male Vocalist and Album of the Year) for his latest release Travelin’

2014 release What It Is (Roots Music Report International Blues Albums).

His new album, For Love and Money is set for release on April 26, 2019. It features the

Uptown Blues Band along with Producer, Steve Dawson on guitars and is a FACTOR

Travelin' With The Blues 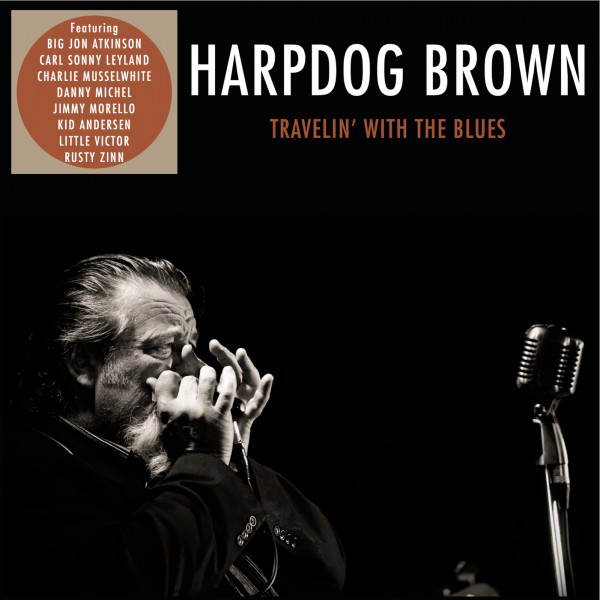 For Love And Money