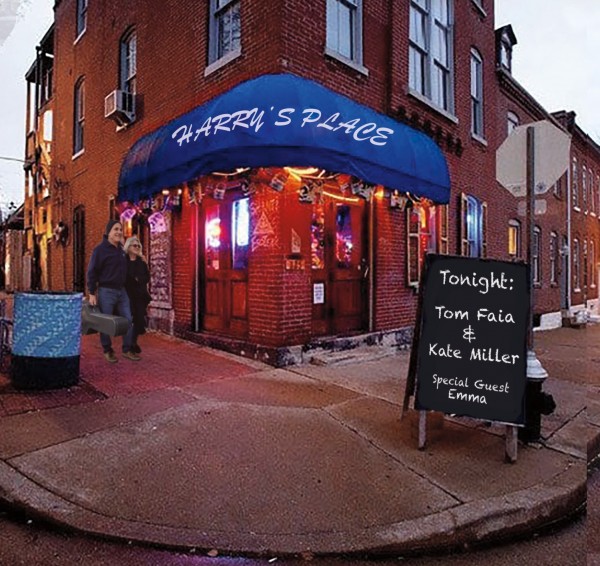 Tom Faia grew up in the Monterey Bay Area but as an aspiring young songwriter
he knew L.A. was the place to be so he packed up the truck and headed south.
Just like in the movies he no sooner hit town when he was signed as a solo
artist to A&M Records. Over the next couple of years A&M released several
singles, which featured James Burton, of Ricky Nelson fame, the Wrecking Crew
and the Blossoms as backup musicians.  After a  couple of years on the label
he felt he needed to pursue his original idea to be a songwriter and relocated to
Nashville   He made the rounds and had serveral of his  songs placed with major
publishers. The highlights were having his  songs recorded by Country Star
Barbara Mandrell and Rock legend Dobie Gray.

After a time he returned to Monterey where he continued to write. During this
time one of his songs, “Whole Lotta Trouble For a Little Bit of Love” was used
in the Award winning indie film, “A Girl, Two Guys and a Gun.”

After recording and performing for several years as a solo artist, Tom
teamed up with Kate Miller in 2018. Kate, a veteran of several local bands
was the final ingrediant that was looking for to round out his sound. They began
playing acoustic shows up and down the Central Coast of California garnering excellent
audience response. "Our voices blend extremely well and Kate enhances every song
with warmth and energy", says Tom.